The first discovery of coal in North America was in Illinois by Marquette and Joliet. In 1673, they observed and recorded coal outcrops along the Illinois river. However, it wasn't until the 1800's that the settlers first mined outcropped coal for blacksmithing and other domestic uses. It took underground mining a few more years to get started, but by 1848, Belleville became home to the first underground mining operation.

The new industry spread along shipping areas to ease access to large commercial centers like St. Louis and Chicago. However, it wasn't until the Civil War, when Illinois railroads grew by leaps and bounds, did coal mining in Southern Illinois really take off. The first underground mines were little more than extended tunnels widened into rooms and worked by hand. The miners used a method called "room and pillar." Using this system, mine workers created openings or "rooms" as they mined. Some coal was left to support the roof; these were called the "pillars".

While past generations were using mined coal as a fuel source, not much thought went into how this mining would impact future generations. The miners' goal was to get the coal and get out of the mine. Because there was no urbanization above the mines, they weren't concerned about the long term stability of the rooms. When the miners were done, they left. But the abandoned mines left behind were not necessarily stable. In fact, mines can fail in many different ways.

The sinking of land surface caused by failure of underground mines is called mine subsidence. The Illinois State Geological Survey estimates that approximately 201,000 acres of urban and built up lands in Illinois are in close proximity to mines. Within that area, there are an estimated 330,000 housing units with possible exposure to mine subsidence.

Because many of the mining companies which operated in Illinois ceased operations long before the mine subsidence occurred, and because property insurance did not cover such damage, property owners who experienced mine subsidence damage prior to 1979 had no recourse. For this reason, special insurance coverage was created specifically to address mine subsidence problems faced by today's Illinois homeowners.

Today, with changes in energy and environment, it is reasonable to believe that more mining will take place. Although mining operations have changed over the years to methods that mitigate mine subsidence, it is apparent that homeowners will be forced to deal with the consequences of past operations for years to come. Fortunately, through the creation of the Illinois Mine Subsidence Insurance Fund, there is a financial solution for property owners.

Underground mining has been conducted in at least 72 Illinois counties. In a 2008 study, the Illinois State Geological Survey estimated that approximately 201,000 acres of urban and built-up lands may be in close proximity to underground mines. 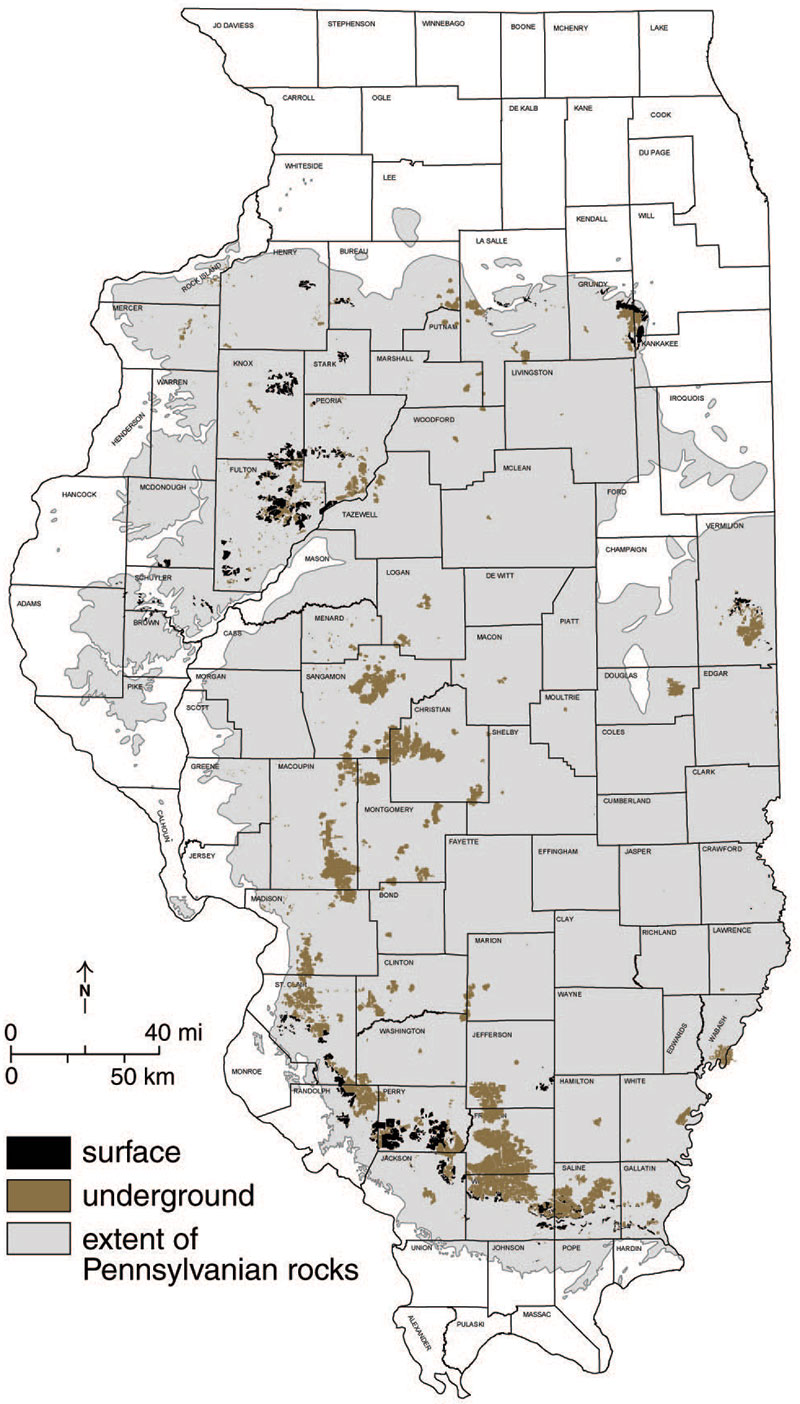